This blog is the fifth in an ongoing series exploring the findings of IMT’s Putting Data to Work project, a three-year effort to explore how cities and their efficiency partners can better deploy building performance data to drive action on energy efficiency in buildings in their jurisdictions. For more information, visit imt.org/PuttingDatatoWork. In this blog, we look at how local jurisdictions are actively using benchmarking data and other building performance data to evaluate the impact of their energy efficiency policies and programs, and we describe some of best practices that have been developed to do this.

The role that local jurisdictions play in improving energy efficiency in buildings is constantly evolving and expanding. Cities are well beyond implementation of codes and are swiftly passing innovative and comprehensive policies that are reaching far beyond new construction and touching our nation’s existing buildings —- owned by the city and privately.

This momentum has delivered new streams of information: with detailed data now available on not just city-owned, but in many cases, the majority of the building stock in a city.

As part of the Putting Data to Work Toolkit, IMT recently released a report – Impact Assessment: A Guide for City Governments to Estimate the Savings from Energy Benchmarking and Energy Efficiency Programs – designed to help city staff and program administrators understand how to evaluate the effectiveness of city-led energy efficiency initiatives, and how to interpret the results. The report provides guidance on how to conduct the evaluation, highlights some of the challenges that staff may face, and provides best practice examples of how these are being addressed by others.

This report responds to the growing efforts of 26 cities and counties already passing benchmarking policies for public, commercial, and multifamily buildings.  Each of these cities is also signed onto the We Are Still In it Initiative, participating in the Climate Mayors, or established aggressive internal goals to reduce their reliance on fossil fuels. Take Cambridge, MA, for example, a City with a goal to become a “net zero community”, or  Washington DC, with a target of cutting GHG emissions by 50 percent by 2032 becoming carbon-neutral and climate resilient by 2050, while retrofitting 100% of existing commercial and multifamily buildings to achieve net-zero standards.And like a one-two punch, these local jurisdictions with bold public commitments paired with effective benchmarking policies in place, now have a wealth of data to inform their services and programs for business owners and residents.

Before cities can make sense of this data, and apply big data analytics, they have to make sure that the reports they are getting from owners accurately reflect how their buildings are performing, and can be used to gain reliable and meaningful insights into changes across a portfolio of buildings, or across the entire city.  Cities such as Washington DC and Denver have developed sophisticated processes to identify suspicious records, and ensure that the benchmarking reports they receive are accurate. As a great example of efficient government operations, staff in Denver are usually able to provide feedback to each building owner within 24 hours of receiving their benchmarking report, letting them know if there is anything out of the ordinary with their submission that could require additional attention. Staff in these cities have also learned how to deal with the challenge of separating the wheat from the chaff, so they can evaluate long-term trends in energy performance within dynamic real estate environments, where new buildings are constantly being constructed, and old ones are being renovated or demolished.

The question now being asked is – how DO these policies have an impact on the energy used in buildings?

Benchmarking data, both alone and together with other data sources, is being used by staff in cities to examine the differences in performance comparatively across market sectors.

This matters to cities like Seattle and New York, among the first cities in the nation to pass comprehensive building energy efficiency performance policies. Armed with in-depth data on its building stock performance, these cities are now able to not only monitor improvements across all of their buildings as a whole, to ensure that they are on track to achieve their energy savings and GHG reduction goals, but they can also begin to peer under the hood to understand which buildings are performing better or worse than expected, and why.

Staff in Seattle mined their benchmarking results to gain insights into how building uses and configurations affect the energy they use, calling some commonly accepted assumptions into question.  Many cities, including Seattle, are encouraging the construction of taller buildings, as this can create denser, walkable neighborhoods, and promotes the use of public transportation. Because of their low surface-area-to-volume ratio, the laws of physics show that high-rise buildings can also be inherently more energy efficient. However, by dividing the benchmarking results for multifamily properties into three groups based on height – low-rise, mid-rise, and high-rise – Seattle found that high-rise buildings, defined as those with 10 stories or more, used more than 1.6 times as much energy per sf as low-rise properties. As noted in Seattle’s Building Energy Benchmarking Analysis Report, these high-rise buildings are having a substantial impact on the city’s overall energy use, and could be an important market sector to target for energy efficiency in Seattle and elsewhere.

New York City has taken things one step further, matching every benchmarking record reported in Portfolio Manager by building owners with the data from internal City datasets maintained by departments of City Planning and Buildings. These results were also combined with the early results of the energy and water audits that are now required for many buildings.  Through this process, the City has learned more about each building than could be determined from Portfolio Manager data alone, again with some surprising results.

For example, since air conditioning now accounts for 9 percent of the energy used in large buildings there, determining which systems lead to the most energy efficient building operations is of great interest. Central systems, which typically use large electric chillers, are almost always more efficient than distributed cooling systems, such as window air conditioners or through-the-wall cooling units, so one would expect that buildings with central cooling systems would be more efficient. However, in New York City’s Energy and Water Use 2014 and 2015 Report the Urban Green Council found that large buildings with distributed cooling systems use less electricity per square foot than those with central systems. This led to the realization that central systems generally used to cool the entire building, including common spaces, while distributed systems only cool specific portions of the building, and often only when occupied. Therefore, in practice the less efficient equipment can actually result in more efficiently operated buildings.

These example show that not only is benchmarking of buildings leading to direct reductions in energy use on its own, but when data from benchmarking is combined other data sets it provides insights that can ultimately have a big impact on the types of equipment, or operations to target.

Looking for more resources and insights? 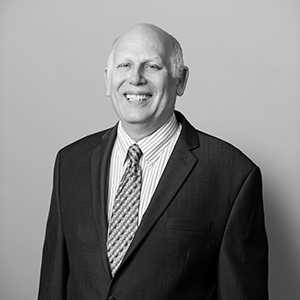