On April 20, the St. Louis Board of Aldermen voted unanimously to adopt the Midwest’s first Building Energy Performance Standard bill and the fourth such law in the nation. The ordinance is the biggest step the city has taken to date on its commitment to reduce community-wide greenhouse gas (GHG) emissions 100 percent by 2050.

Before delving into the details of the St. Louis legislation, let’s review why building efficiency matters and why everyone should care about this bill. Buildings account for 80% of St. Louis’ GHG emissions. Through projects such as the City Energy Project and the American Cities Climate Challenge, IMT works hand-in-hand with St. Louis and other cities to reduce these building-related emissions. We’ve found that benchmarking, or just tracking energy use, doesn’t facilitate the scale of change needed to combat climate change, but building performance standards (BPS) may.  A BEPS requires that building owners bring their buildings to a minimum level of performance (the standard) or take other energy- or carbon-saving actions. IMT believes there is potential for BPS to not only decarbonize building energy use, but also to spur labor demand and to improve air quality as well as building safety.

With all that in mind, let’s talk about the key elements of the St. Louis bill. First, who is it for? The ordinance covers municipal, commercial, institutional and residential buildings 50,000 square feet and larger. The City will set a standard for each property type based on three years of local benchmarking data, 2017-2019. The standards will be set so that at least 65% of the buildings of a property type will need to improve performance. Building owners will have the flexibility to decide what combination of physical or operational improvements can best achieve the standard and will have until 2025 to reduce their energy use to comply. To ensure that reductions in building energy use grow over time, the City will set new standards by 2026 and will repeat the process every five years. Cities can maximize the value of building improvements by combining them with related projects like grid-friendly buildings, smart city planning, affordable electrification, renewable energy, and workforce development. This particular bill is a product of feedback from the St. Louis real estate community, housing advocates, commercial property management firms, higher education, healthcare, labor, utilities, service providers, and other businesses.

Second, let’s talk about how it compares to the other BPS in existence. In its structure and goals, St. Louis’s BPS is very similar to the BPS law adopted last year by Washington, DC. Both focus on energy reductions, but the bills differ in the timing and levels of their standards. As a means to encourage future building electrification, St. Louis’ standards will be expressed in site Energy Use Intensity (site EUI) whereas Washington, DC’s are mostly expressed in ENERGY STAR scores. Both cities’ laws have special provisions to help affordable housing benefit from energy efficiency and comply with the standards, though again, the details differ between the two cities.

Unlike Washington DC’s legislation, St. Louis gives its Building Division lead responsibility for implementing its standards—a structure similar to New York City’s law. Building departments around the country are responsible for administering building codes, including granting building permits and certificates of occupancies for buildings. Thus, building departments can be well positioned to take the lead in enforcing a BPS, which applies to existing buildings even when they are not pulling building permits. St. Louis’ Building Division already implements the city’s benchmarking law and conditions new building permits on compliance with the benchmarking law. The Division will serve as a model for other cities by also conditioning permits on the new BPS law. The Division also wrote into the new law a “Building Energy Improvement Board” of private experts and stakeholders which will have a key role in implementing the BPS, based on the success of a similar board the Division operates for building code implementation. Rather than relying on lists of prescriptive measures, which are not guaranteed to achieve estimated levels of savings, the Board enables the city to approve custom compliance paths that take into consideration the unique conditions of each building. This is a first for a BPS ordinance and could be an exciting model for other cities.

Overall, this ordinance strengthens St. Louis’ position as a frontrunner in the race for cleaner, greener cities. It shows that cities in all areas of the country can take advantage of BPS as a powerful tool to reduce emissions and convene a range of stakeholders around common long-term goals for building and energy resiliency. The ordinance is a concrete and hugely impactful step in the fight against climate change, will cut pollution from buildings and power plants benefiting air quality and public health, will drive private investment in value-enhancing improvements to private buildings, and will create local jobs at all skill levels.

As a leading expert on building performance standards, IMT is deeply engaged with cities across the country exploring these policies. For more information, visit our ever-growing collection of BPS-specific resources at www.imt.org/bps. 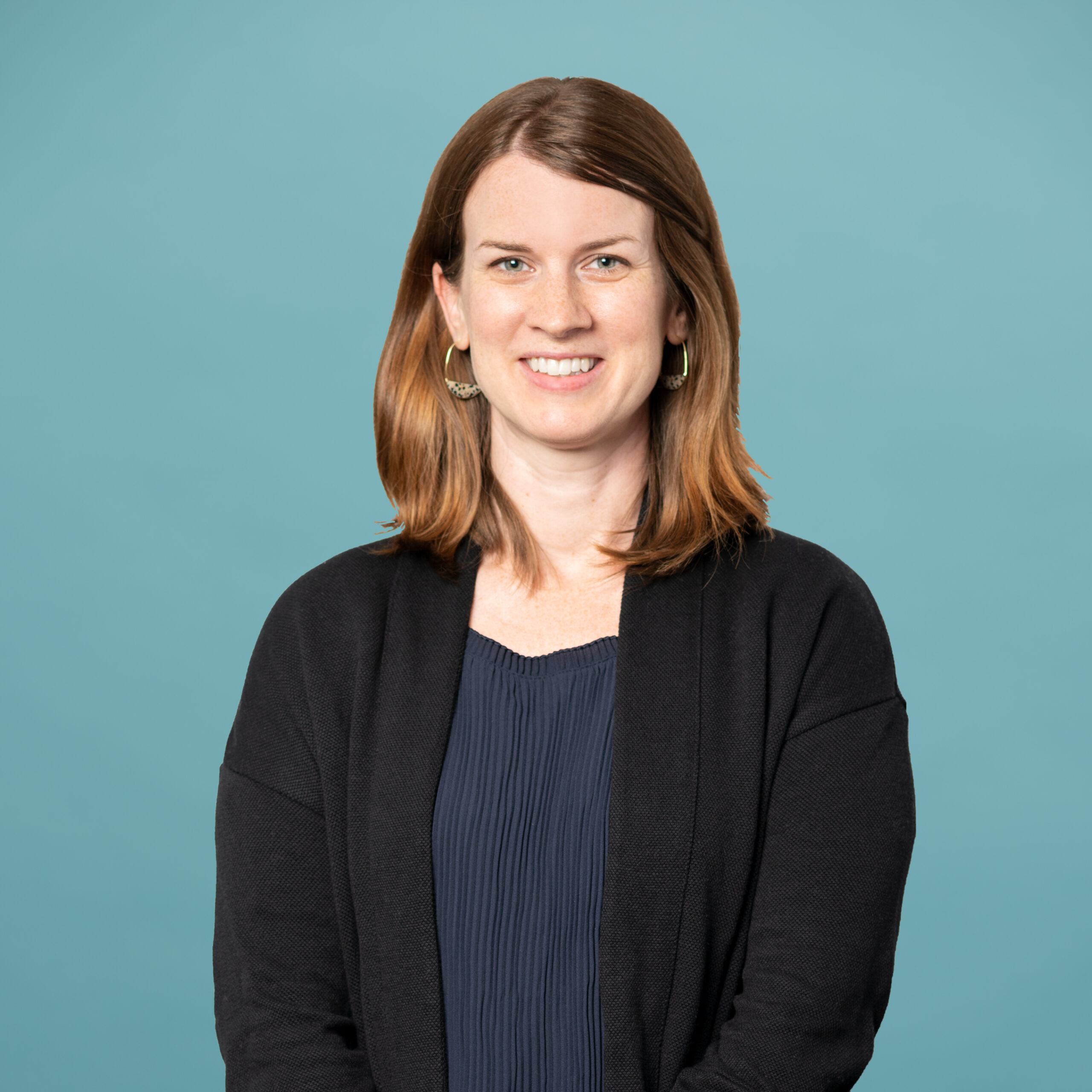 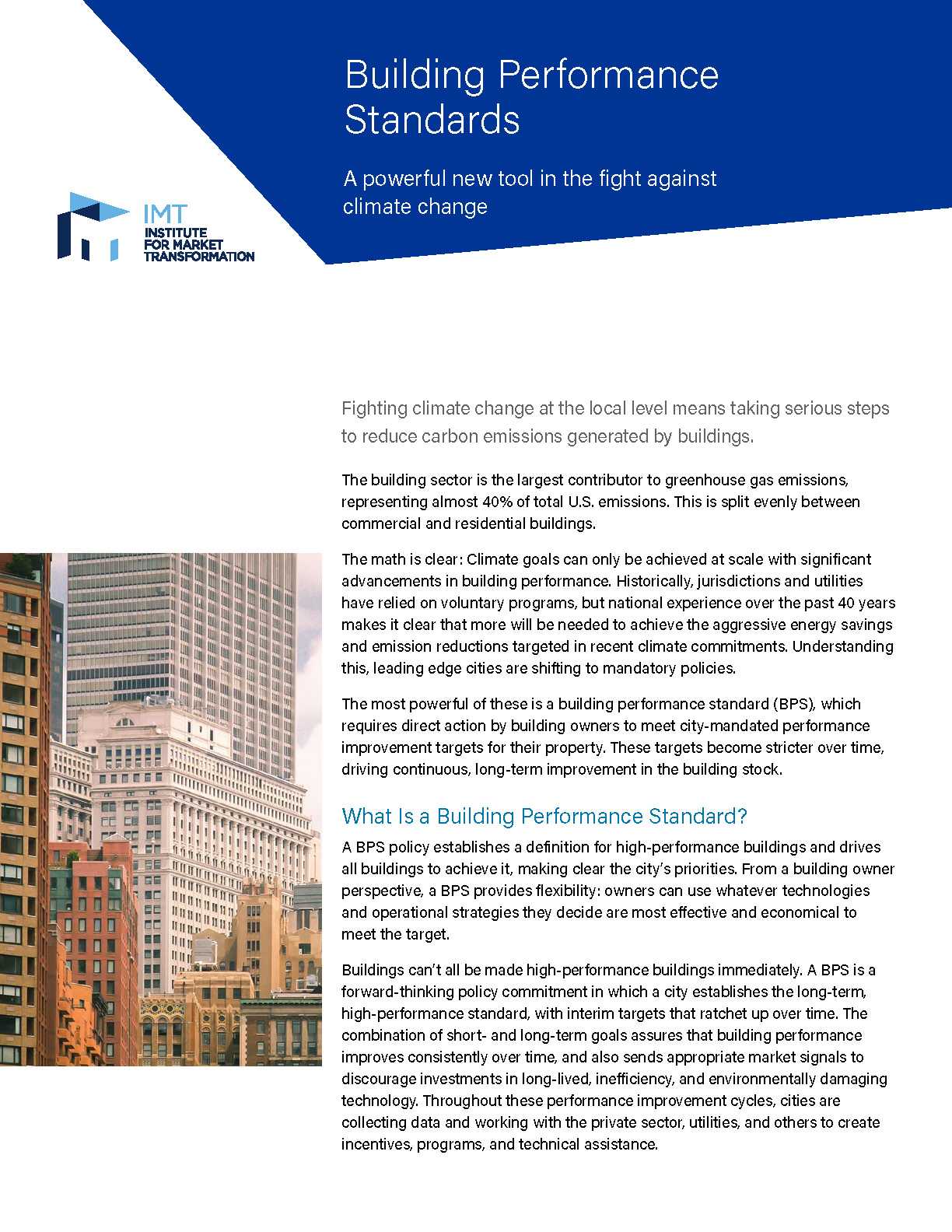 Washington Blazes a Trail for State Action on Energy Efficiency

With the Clean Energy Buildings Act, Washington is first state to adopt an existing building performance...

At an invite-only event in Washington, DC, representatives of 14 localities came together in early March to discuss a transformational approach to addressing the carbon crisis in our cities.