So Quiet You Can Hear A Plank Drop

Here’s an understatement: climate, energy, and urban resilience have not been audible issues in the 2013 campaign for mayor in New York City. Search the campaign web pages of the likely Democratic candidate Bill de Blasio and you’ll find a green plank, but you’d really have to search hard to find him say anything about urban environmental issues on the campaign trail. Republican candidate Joe Lhota’s web page has nothing to offer on these subjects.

Why is this? In a coastal city with a population exceeding 8 million and home to some of the world’s most valuable real estate, with devastating Superstorm Sandy less than a year in the past—it is indisputable that cutting the City’s carbon footprint and ensuring buildings and neighborhoods become more resilient are matters of public safety and welfare. But we’re not hearing what the candidates, if elected, will do. While the outgoing mayor sired PlaNYC 2030 and its four forward-thinking building laws—known collectively as the Greener, Greater Buildings Plan—there’s still much work ahead to realize their full potential.

In April, at the campaign season’s only panel dedicated to environmental issues, organized by the League of Conservation Voters, the moderator asked the mayoral contenders if they believed in the reality of man-made global warming—eight out of the nine candidates raised a hand. Then each one offered general support for the PlaNYC 2030 carbon reduction goal. To get there, they ticked off lists of transit, building, and energy ideas.

Advancing the Greener, Greater Buildings Plan, with its focus on improving the energy efficiency of New York’s building stock, as well as ideas for scaling up renewable energy were high on everyone’s list. There was no disagreement or argument among the contenders, although there were differences in emphasis.

Joe Lhota volunteered that the next mayor must use the City’s zoning powers to encourage more energy efficiency and cited the proposed rezoning of Midtown East. Bill de Blasio applauded PlaNYC for putting the City on the right path, but said the next mayor should move faster. He advocated a more aggressive finance policy to speed up energy retrofitting in public and affordable housing. If Mr. Lhota or Mr. de Blasio have spoken out on these issues since April, the media hasn’t reported it.

So where does this leave the Greener, Greater Buildings Plan? The first two rounds of reporting on energy use to comply with the Building Benchmarking Law have taken place and the City has published the first of three mandated annual reports and the Building Audit and Retrofit Law is just getting under way. Both these laws are “sunshine” statutes that call for data disclosure and rely largely on voluntary compliance to obtain full and accurate information, and the implicit policy hope is that information will lead to action.

However, without an alert media and a public that values these laws and the worth of cutting our carbon footprint, the truth of President Franklin D. Roosevelt’s vintage observation remains evergreen.  He is said to have told labor leaders who sought his support for major reforms, “I agree with you, I want to do it, now make me do it.”

Now it’s time for New York’s citizens to make their elected officials do it.

Nancy E. Anderson, Ph.D, is the Executive Director of the Sallan Foundation (http://sallan.org). The mission of the Foundation is to advance useful knowledge for greener cities. 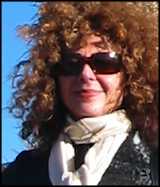