The Small Business Energy Initiative is led by the Institute for Market Transformation (IMT) and the Greater Cleveland Partnership/Council of Smaller Enterprises (GCP/COSE). With support from the U.S. Department of Energy, the Initiative is partnering with local chambers of commerce and similar small business organizations from five regions across the country to arm them with leading-edge tools, best practices, and guidance to create energy efficiency and sustainability opportunities for their small business members that are good for the bottom line and good for the planet. In our monthly Q&A series, we learn from the changemakers who are rolling up their sleeves every day to build an energy-efficient and prosperous future for businesses and local communities. 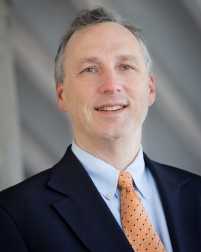 Doug Luciani is the Chief Executive Director of TraverseCONNECT, a parent enterprise that includes the Traverse City Area Chamber of Commerce and the economic development corporation Venture North Funding & Development. In this Q&A, Doug shares the important role TraverseCONNECT is playing to ensure Traverse City, Mich. meets its 100% clean energy goal and that businesses across Northern Michigan tap into energy efficiency and clean energy opportunities to meet their bottom lines while protecting the region’s natural beauty and tourism.

Can you tell us about the Traverse City Chamber of Commerce and how it addresses energy issues? What role has TraverseCONNECT played in Michigan’s energy landscape?

The Traverse City Chamber of Commerce recognized back in 2007 that the availability of reliable energy for Northern Michigan’s businesses was going to be an issue. We also knew climate change was going to have a big impact on the region because it has incredible natural beauty and its economy relies heavily on tourism. You have this rural community in Northern Michigan—we are good stewards of the environment, we think about our water, our energy use, we have an economy based on agriculture, healthcare, tourism, manufacturing, and government. For each of these areas, we need affordable, dependable energy and we want it to be clean and renewable and we don’t want to waste it. With this in mind, the Chamber convened community-wide dialogues co-chaired by people who came from the environmental community as well as the manufacturing community to develop a policy that would guide us on energy issues. Through these dialogues with many stakeholders from around the region, we came up with a forward-looking energy policy together that has guided the chamber ever since.

Can you give an example of this energy policy in action?

The Traverse City Chamber’s energy policy was adopted by 16 other local chambers of commerce in Michigan and became the blueprint for our public policy and advocacy agenda. Any plans proposed by the Michigan State Legislature members and the governor needed to go through that sieve before we took a position on a public policy, and the result has been terrific. In 2017 Michigan’s Governor Snyder proposed an aggressive statewide energy plan to get the state completely off of coal by 2050—it set a percentage of renewables that Michigan wanted to have by that time, and it heavily emphasizes energy efficiency. Although they phrased it as “eliminating waste”. That policy was passed and became a model for the country.

What are some ways that TraverseCONNECT is acting as a change agent for energy efficiency in Michigan?

The first thing TraverseCONNECT did as a change agent for energy efficiency in Michigan was create a loan fund to provide loans at a two percent interest rate, which allowed more businesses to affordably invest in energy efficiency improvements. The Traverse City Chamber funded that program via Venture North Funding & Development and we originally put $50,000 into it. It was so successful that we went through that amount in less than six months. The municipal utility Traverse City Light & Power liked the idea and agreed to provide the funding for the loan—so this became a source of revenue for the Chamber. Since the utility now covers the costs, the loans are offered at zero percent interest for local businesses to invest in energy efficiency upgrades. So far, 20 loans have saved nearly two million kilowatt hours of electricity.

Can you provide any real-world examples of businesses that utilized the energy efficiency loan program?

One example you can read more about on the Venture North website is Brick Wheels—an independent bicycle store in Traverse City— the business took advantage of the efficiency loan to invest in new LED lighting, which reduced the bike shop’s lighting costs by 55 percent and will minimize future maintenance needs. Another good example is Radio Centre, a broadcasting group that owns most of the radio stations in Northern Michigan. It has a mixed-use office and commercial building in Traverse City and since 2013 it has secured three different loans with Venture North to make energy upgrades for the building. The first loan paid for new insulation throughout the building, while a second funded HVAC upgrades that allowed for zonal heating and cooling of upper-level studio space used on the weekends without impacting the rest of the building. The most recent loan covered LED lighting upgrades that will generate close to $10,000 per year in reduced electric costs for the building.

What is your involvement with the Chambers for Innovation and Clean Energy (CICE)?

Thanks in part to the action the Traverse City Chamber took to establish the energy efficiency loan fund, we got the attention of the Chambers for Innovation and Clean Energy (CICE)—a national network of local chambers of commerce that promotes the use and development of clean and renewable energy. We became part of a group of less than 20 local chambers that came together under the clean energy banner and the network has since grown to more than 3,000 chambers of commerce that are participating in one way or another and promoting smart energy policies that include energy efficiency and renewable energy. I became CICE’s advisory co-chair in 2017. Through CICE I connected with the Greater Cleveland Partnership’s Council of Smaller Enterprises (GCP/COSE), and that’s how TraverseCONNECT was introduced to the Small Business Energy Initiative.

The Traverse City Chamber had previously worked with SBAM on healthcare and association health plans, so we had an established relationship with them. When SBAM became involved with the Small Business Energy Initiative, it created a natural collaboration opportunity because we saw that we could work together to drive deeper impact on energy efficiency. SBAM had a lot to do with getting the Michigan SAVES program passed and funded—in 2017 Michigan SAVES financed more than $100 million in energy efficiency and renewable energy projects. SBAM also has several staff resources, which helps the Traverse City Chamber maximize our participation in the Small Business Energy Initiative and acts as a force multiplier for us by allowing both organizations to refer energy efficiency projects back and forth to one another and to share a network of trusted contractors.

What kind of progress on energy efficiency are you hoping to achieve through the Small Business Energy Initiative?

I’d like for more local chambers get involved in energy efficiency, which we are seeing. Just in the last few months we had four new chambers indicate they want to be a part of the Small Business Energy Initiative and they have signed an affiliation agreement with the Traverse City Chamber. The interest came from SBAM members who had read about the Initiative in business news, stories in our daily paper, and via professional circles who learned about the opportunities to receive an energy audit at no cost and then zero-interest loans to do the upgrades. Another area we are focusing on is converting energy audits into action. The audits we’ve provided through the Small Business Energy Initiative have given us a good idea of businesses that are wasting energy and money, so now it’s time to close that loop to help them achieve more energy and dollar savings, and to demonstrate the value of efficiency and how easy it is. Several small businesses are leasing space in an office building or have multiple buildings and tenants, so they think “what can I do?” Encouraging green lease adoption to align incentives and drive landlord-tenant collaboration will be another major focus going forward.

You mentioned how climate change was going to have a big impact on Northern Michigan. What are some of the things you’re doing to spread awareness about climate concerns?

I was part of a delegation of local chamber leaders invited to speak at the Global Climate Action Summit in San Francisco this past summer, which gave me a chance to share Traverse City’s leadership on climate with the global business community and to talk about resiliency in rural communities.  Part of why I was invited was because of what we are doing with energy efficiency through the Small Business Energy Initiative. It is important when the science says that our planet may be in jeopardy because of climate change and when our elected leaders don’t believe it—that’s when we need real leadership from the business community. Whether it’s politically motivated or not, we need to pay attention to how we use energy for the environment and for the bottom line of our businesses, which is what it comes down to for every company that invests in energy efficiency.

Why do you think other local chambers of commerce should create an energy efficiency program?

Energy efficiency helps businesses save money for higher wages, better benefits, and improvements for their employees. Our name is commerce, we are the chamber of commerce—business is our business, and from our point of view every chamber should get involved with energy efficiency and clean energy. It’s the right thing, and it’s the expected thing to do as a leader. It shows innovation and creativity, and it puts you in a peer group of chambers that are moving the dial on important business trends. It’s not a burden to administer the program—IMT can help you get a program up and running and once that happens the program can run itself in many ways, with contractors executing energy upgrade projects and the chamber ensuring everyone follows set guidelines.

The Small Business Energy Initiative is led by the Institute for Market Transformation (IMT) and the Greater Cleveland...

If you own or work for a small business, it’s important to factor energy efficiency into your everyday operations....