This proposal was approved by the Residential Energy Committee at the Dallas Committee Action Hearings in April. Contact your mayor or city manager or county leadership and ask them to send representatives to the International Codes Council’s meeting in Atlantic City this October where the 2015 code will be considered—and vote for our groundbreaking proposal—“proposal RE188-13, as amended by our jointly sponsored Public Comment”. For cities that are trying to be green and reduce utility bills for their citizens, and for many of our most prominent municipalities that are advertising themselves as the greenest in their region or even in the nation, supporting an advanced energy code is one of the most important actions they can take. Read more about the proposal and its significance in David Goldstein’s blog post on NRDC’s Switchboard. 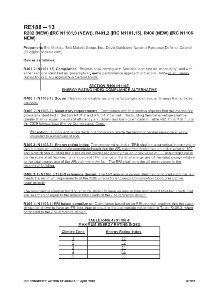