Buildings, just like cars, benefit from occasional tune-ups to keep them running as smoothly and efficiently as possible. This policy requires small low- or no-cost adjustments to existing building energy systems and controls that improve their energy efficiency performance. These minor tweaks on average result in 10-15% annual energy savings, more comfortable tenants, and less equipment failure issues down the road.

Philadelphia’s most recent accomplishment is part of a growing positive trend in U.S. states and cities, with more and more local leaders realizing the immense and untapped benefits to be gained by taking action to make buildings more energy efficient. To unleash deeper and faster reductions in energy use and carbon emissions in our cities, energy efficiency needs to play a central role in every city’s strategy. Over the past six years IMT has been working with Philadelphia and other cities to drive greater efficiency in buildings through the City Energy Project and the Bloomberg American Cities Climate Challenge. In my role at IMT, I was fortunate to have the opportunity to work directly with Philadelphia’s Office of Sustainability in the policymaking process, as well as to testify in support of this policy in front of the City Council Committee on the Environment.

Philadelphia’s new law builds upon past efforts, such as the city’s energy benchmarking policy and program. Passed in 2012, the city’s benchmarking law requires building owners to measure and publicly report their yearly energy usage, which has led to a 5% reduction in total energy consumption in large buildings between 2013 and 2017. The new tune-up policy represents the next step to drive greater energy efficiency in Philadelphia buildings, and as I highlighted earlier, the projected impacts are significant. For example, the policy has the potential to create 600 new jobs within the first five years of implementation, creating opportunities for careers in the local clean energy economy. Since making a building more energy efficient requires professionals to work directly in that building, energy efficiency jobs are by definition locally-based opportunities that can’t be outsourced.

While developing this policy, the City’s Office of Sustainability oversaw a model tune-up of the city-owned Juvenile Justice Center to experience firsthand the process of undergoing a building tune-up. The project cost $12,000 but is expected to realize energy and water cost savings of $24,000 annually, accruing savings in the first year. This project provided an excellent example for the city to share with local building owners and operators to demonstrate the building tune-up process, as well as the benefits that can be realized through it.

Like Philadelphia, other cities are not waiting to take action on climate and buildings

Philadelphia is the second city in the U.S. to enact a  building tune-up policy, following Seattle’s lead, and there are several other cities have taken similar action through laws such as retrocommissioning or energy audit requirements, including Atlanta, Boston, and Los Angeles.

A few local jurisdictions are going even further by enacting building performance standards to reduce carbon emissions and waste. The New York City and Washington, DC policies that were passed earlier this year are some of the most ambitious climate actions cities have taken to date, requiring building owners to achieve a certain level of performance that’s set by the cities, with hefty fines for those who do not comply.

The time to act is now

The enactment of building performance policies such as these, along with numerous city commitments to achieve clean energy transitions, represent growing momentum in climate action. The benefits of cities taking these bold steps extends far beyond their city limits. Since cities account for a high percentage of nationwide greenhouse gas emissions, cutting the energy use from their buildings contributes significantly to reducing our national carbon footprint. However, relatively few cities to date have actually taken the action of mandating building energy performance improvements. We need to see more cities take on ambitious policies today. We have a painfully short amount of time to make changes to avoid the catastrophic effects of climate change. If we want to do that, we have to take dramatic and meaningful action, and we have to take it now. Take a look at the American Council for an Energy-Efficient Economy’s 2019 City Clean Energy Scorecard to see how your city rates against its national peers. Is your city doing all that it can?

Looking for a place to get started? Visit the City Energy Project Resource Library for best-in-class practices to implement high-impact energy efficiency policies and programs. 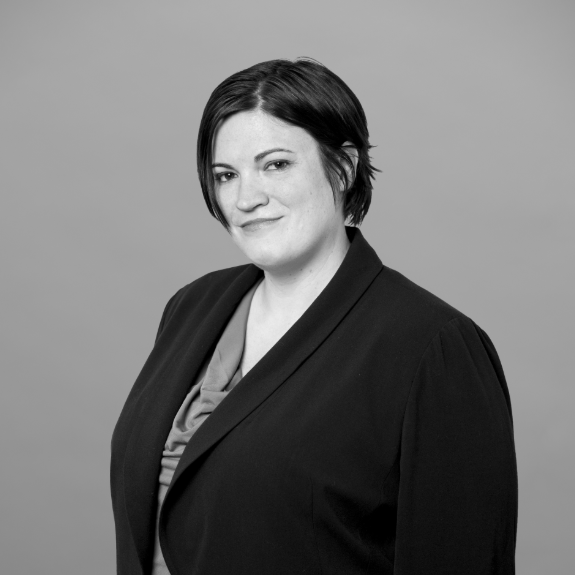 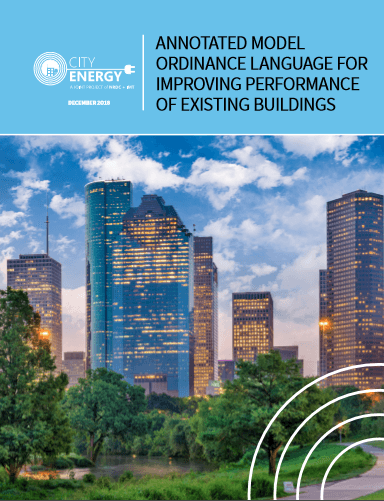 City Energy Project: Model Ordinance Language for a Policy to Improve the Performance of Existing Buildings

These documents present sample language that can be used by jurisdictions interested in drafting a comprehensive existing building performance policy that encompasses provisions for benchmarking, as well as additional actions beyond benchmarking.

This guide is designed to help city staff understand and work with stakeholders to craft a policy that will drive demand for energy-efficient buildings.

This fact sheet provides an overview of the ways in which city officials can make available tools and mechanisms for financing efficiency in private sector buildings.

This guide focuses on the key steps that cities should take to engage their energy and water utilities around the development and implementation of a building performance policy.

It Is Time to Act

Now is the time to act differently and at a pace at which we have not acted before.