What Is an Energy Efficiency Job?

The impact of investments in energy efficiency extends well beyond reducing energy costs or addressing the environmental impacts of energy extraction and use. These investments provide jobs for American workers and help them to support their families and communities.

ACEEE has just released a series of six profiles of real world experiences in energy efficiency job creation. These profiles describe programs, policies, investments, partnerships, and business models that have catalyzed regional increases in employment. While previous ACEEE work has provided an analytic framework for how jobs are created through efficiency, this paper focuses on the jobs themselves.

Highlights in the paper distilled from conversations with program representatives and literature review include:

These profiles primarily illustrate jobs arising from the implementation of efficiency measures, from the supply chain supporting this direct implementation, and from additional dollars circulating in the broader economy that are spent by workers in these categories. What we have not emphasized here are the multitude of jobs that are supported when individuals and businesses redirect the money they save by paying lower utility bills. In other words, energy efficiency does more than drive job creation through installation and investment. The subsequent cost savings from energy efficiency can also be used, in part, to support fuller levels of employment in the broader economy.

As demonstrated through our profiles, jobs supported by energy efficiency are diverse and require a variety of skill sets, many of which are abundant in the American workforce today. In sum, energy efficiency should be viewed as a powerful strategy for sustaining enduring employment that utilizes a huge range of Americans’ skills and expertise.

Casey Bell, a Senior Economic Analyst for ACEEE, conducts quantitative and qualitative research to model how specific energy efficiency policies affect the economy at the federal, state, and local levels; and examines best practice policies and market mechanisms that can be used to finance energy efficiency investments in the residential, commercial, manufacturing, and nonprofit sectors. She joined ACEEE in 2011.

This blog post was cross-posted with permission from the American Council for an Energy-Efficient Economy (ACEEE). It originally appeared on the ACEEE blog. 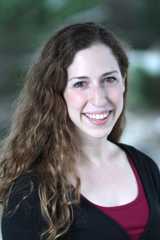