Shaming Is Not the Point

A recent article in National Journal asked the question, “Can owners of big commercial buildings be ‘shamed’ into using less energy?”

Is that the right question? Rather than asking whether benchmarking and transparency laws are a form of public shaming (they aren't), shouldn’t we focus on how they are educating building owners? Specifically, educating them on where they can save money, and how they can better attract tenants?

The U.S. Green Building Council makes the case that green buildings do in fact help attract tenants. People looking for Class A office space realize the benefits of energy efficiency, but if a building’s energy information is unavailable to them, they don't have all the pieces needed to make an educated decision to move there.

As noted by the Natural Resources Defense Council’s Rebecca Stanfield in an op-ed in Crain’s Chicago Business, building owners often don't know how their systems are performing compared with similar buildings. "Moreover, the absence of this information in the marketplace means that prospective tenants cannot make leasing decisions based on a firm understanding of the energy costs and environmental impact over the term of the lease," Stanfield wrote.

The Building Owners and Managers Association in Chicago (BOMA/Chicago) opposed the city’s recently passed benchmarking ordinance—their main point of contention was that it would penalize older and historically significant buildings in the city by giving them a "scarlet letter." Yet under the benchmarking law in New York City, data reveals that many older buildings are using less energy than expected.

Even if an older building isn’t LEED-certified, when the owner sees how much energy it's using, the results can be dramatic.

In 2009 the historic Demonet Building in Washington, DC—originally built in 1880 and expanded in 1984—benchmarked its energy use. Robert Sloan, the building’s chief engineer, said benchmarking helped them see how much energy the building was actually consuming. Its ENERGY STAR score was 41 out of 100, leaving lots of room for improvement.

The building’s management company, Transwestern, made low-cost changes in energy equipment and procedures that paid for themselves in utility bill savings. In three years, the building’s energy performance rose from a 41 to a 72. In the first half of 2012 alone, "the building saved $55,000 and reduced its energy use by 521,728 kilowatt hours, enough to power 45 average American homes for a year,” according to a case study by the District Department of the Environment and Resource Media.

With benchmarking, property owners and managers with big portfolios like Transwestern can prioritize energy retrofits and tackle their biggest energy offenders, as well as track their energy usage to help keep an eye on performance and savings. The Chicago ordinance actually strives not to “name and shame” buildings and building owners—the  law does not allow disclosure of the first year’s data, so buildings can implement no- and low-cost solutions and publicly disclose better metrics the following year, giving owners time to raise their scores.

In a recent statement, Chicago Mayor Rahm Emanuel said benchmarking "will accelerate Chicago's growth as a capital for green jobs by arming building owners, real estate companies, energy service companies, and others with the information they need to make smart, cost-saving investments." IMT agrees with Mayor Emanuel and applauds both him and the Chicago City Council on the new ordinance. 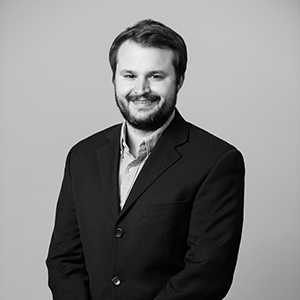