The public comment period for the first draft of the Residential version of the 2024 International Energy Conservation Code (IECC) opened on November 1, and over the next month you have the opportunity to speak out in favor of a code that addresses climate change and long-term home affordability. The draft is the result of the work of the Residential Consensus Committee and its multiple subcommittees over the course of the last year. While there are many improvements included in this draft, some compromises were made that take away from the overall strength of the code, setting a worrisome precedent for future cycles.

Why the energy code matters

Before diving into the details of the IECC process, let’s remember why it’s a big deal. Buildings are instrumental to fighting climate change because they make up a big portion of the problem – the residential sector alone accounted for 21% of energy consumption in the US in 2021. Many aspects of the performance of a building are “baked in” at the time of construction, but the energy code can help us shift the outcome, locking in lower emissions, lower energy bills for consumers, and greater passive survivability. The trouble is we don’t have much time. In order to cut our emissions in half by 2030—a widely accepted deadline to meet climate targets—significant improvements will need to be made in the IECC in the 2024 and 2027 code cycles. The following chart from Pacific Northwest National Laboratory (PNNL) shows the relative level of improvement necessary in both efficiency measures and rooftop solar requirements in order to reach a net-zero code by 2030. Small, incremental improvements will not get us there. 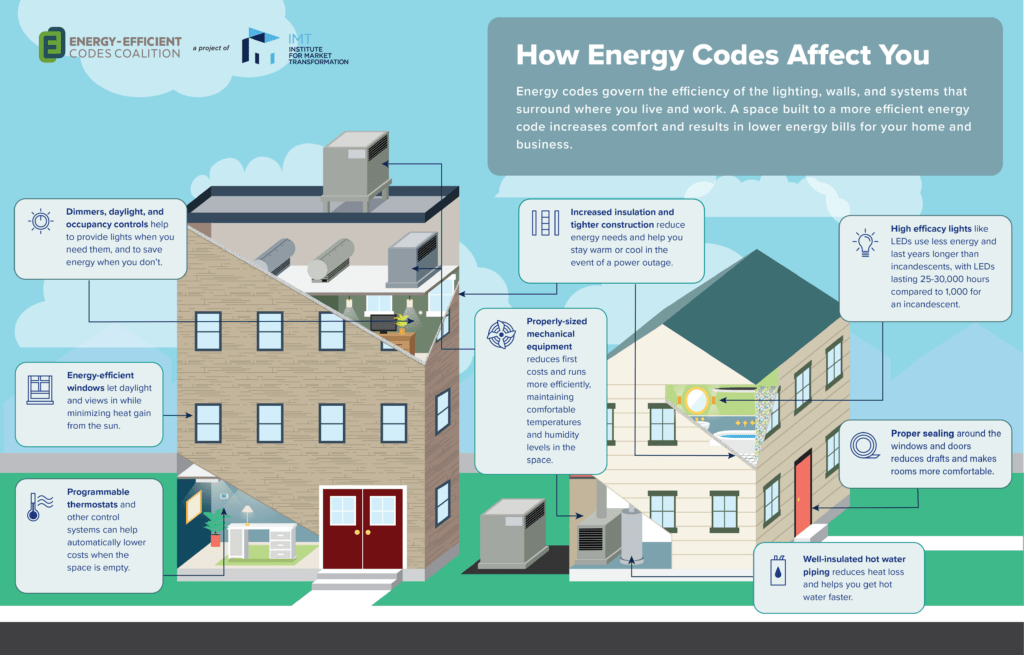 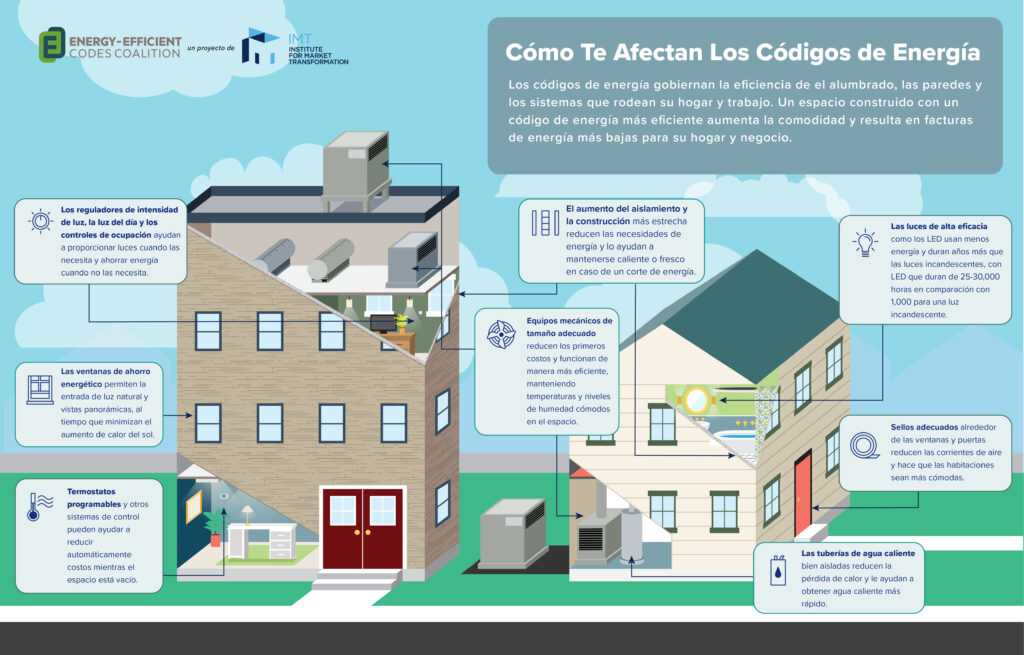 How we got here

The 2021 IECC represented some of the greatest gains in energy efficiency we’ve seen in years…so why are we seeing potential rollbacks? In early 2021, despite significant opposition from jurisdictions and energy efficiency organizations, the ICC moved the energy code from a governmental consensus process to a standards process, where the fate of the code is determined by committee, rather than by the people who will adopt, administer, and enforce it. Many governmental members expressed concerns about the future of the IECC, particularly the residential code.  ICC made assurances that governmental members would continue to play a critical role in the process, allocating a third of all committee seats to the government regulator category. Though this move is laudable, it still significantly reduced the influence of government officials on the process while also requiring a significant time commitment from government offices that are frequently understaffed.

Beginning in November of 2021, Commercial and Residential Consensus Committees, comprised of 45 and 48 members, respectively, met to evaluate the change proposals submitted by the public. Subcommittees were formed to address the specific subject matter categories covered by the codes, with each subcommittee made up of half voting committee members and half public members. Over the course of the first half of 2022, subcommittees and committees evaluated and voted upon individual proposals, culminating with the ballot process in which each proposal that passed the 50% approval margin of the committee was put to an additional test in which 2/3 committee members were required to approve any measure that was to make it into the first public comment draft.

While the process may sound complicated (and definitely time-consuming), the main takeaway is this: the combination of the process and the individual committee makeup necessitated compromise from all parties. While seemingly positive, this also means that just a slight numerical advantage can control the result. Rather than thousands of governmental members representing jurisdictions across the US, less than 50 hand-picked committee members have the final say.

The Residential first public comment draft makes improvements over the 2021 version, but also contains some concerning provisions. Advances were made in the stringency and application of requirements related to fenestration, envelope air leakage and heat/energy recovery, with additional provisions added for electric-ready equipment, electric vehicles, and renewable energy. On the other hand, for the first time, the code may allow HVAC equipment efficiency to be traded off against the building envelope, and some insulation requirements present in the 2021 code have been rolled back to previous version (and in reality haven’t been updated since 2012).

These rollbacks and tradeoffs, made possible by the standards process, are counter to what the overwhelming majority of governmental members chose. At minimum, the elements of the residential code that were previously voted upon should not be changed. That means no insulation rollbacks, no equipment tradeoffs, and adding back the electric- and EV-ready provisions that were removed in the appeals process (and are no longer outside the scope of the code)—without having to trade-off other efficiency provisions to secure them.

Your chance to comment on the draft changes ends at midnight on December 16. Visit EECC’s Code Development page for more resources, such as a summary of all changes included in the first public comment draft, and check back for more information including recommended comment language and a way for supporters to sign on to a letter that will accompany EECC’s submitted comments.

The 2024 code needs to start with the 2021 version that governmental members voted for. Comment on the draft changes by December 16 to make your voice heard.

How the Federal Government Can Reduce Home Energy Costs

The White House and the federal agencies can lower residential energy costs by adopting the 2021 International Energy Conservation Code.

An overview of the International Codes Council's decision to end governmental voting on the model energy code.