90 percent of the commercial real estate market is made up of small and medium buildings whose landlords and tenants are waiting to be engaged on sustainability. IMT and COSE show one way to do it in cities like Cleveland.

For those of us working in the green buildings field, it can appear on the surface that all the exciting work is happening in enormous buildings and portfolios located in popular coastal cities. Stories about net-zero renovations in Silicon Valley, innovative efficiency solutions for Fortune 500 headquarters in New York, and big Real Estate Investment Trusts (REITS) achieving LEED or GRESB certifications dominate the majority of green building media coverage.

While aggressive action to retrofit large existing buildings in cities like New York remains important, it’s also crucial that we don’t overlook smaller cities and companies with smaller portfolios that are often just as interested in lowering energy costs but lack resources to do so.

The majority of buildings in the U.S. aren’t owned by big-name REITS. They’re small and medium buildings occupied by retail stores, offices, restaurants, nonprofits, and other small businesses. According to the U.S. Energy Information Administration’s (EIA) most recent Commercial Buildings Energy Consumption Survey (CBECS), 88 percent of commercial buildings are smaller than 25,000 square feet, and account for over 25 percent of all commercial floor space in the country.  For the industry to move forward as a whole we need to prove the same value proposition of energy efficiency applies to buildings of all shapes and sizes and get beyond using a New York office tower as the primary case study for what’s possible.

To the above point, the Institute for Market Transformation (IMT) and the Council of Smaller Enterprises (COSE) just wrapped up a two-year initiative in the City of Cleveland called the Cleveland Energy-Aligned Leasing Program. The overarching goal of the program was to improve the small business community’s understanding of sustainability through a combination of education, energy audits, green lease resources, and financing options in one bundled program package—and turning this effort into a blueprint for cities and local business communities across the U.S.

To reach the most businesses and engage disadvantaged communities, the partners leveraged COSE’s role as Ohio’s largest small business support organization to attract and retain participants. As a trusted voice for local businesses, chambers of commerce like the Greater Cleveland Partnership and COSE historically have shaped the economic vitality of cities and towns. Working with a dedicated network of real estate stakeholders including the City and County sustainability offices and the Cleveland 2030 District, IMT and COSE engaged over 60 owners and tenants representing more than 7 million square feet of space to help them pursue energy and water-saving solutions through stronger collaboration. Participants ranged from an owner wanting to revamp an old industrial facility, to a design and build company looking to add sustainability clauses to leases for its properties, to a pastor of a church seeking lower heating and cooling costs for his congregation and nonprofit tenants.

When IMT and COSE initially met with these small business owners, several of them told us that projects they believed would save money and energy were collecting dust on the shelf because of immense time constraints and multiple roles to fill. What helped put efficiency back on the table for them was the combination of educational resources with immediate project support for identifying and tackling the most cost-effective improvements. This type of help made it a much easier undertaking for both businesses and building owners who previously never had time to search for potential solutions on their own.

For example, one property owner inherited a building from his father only to discover that his industrial tenants had rented for years based only on a “gentleman’s handshake agreement.” After bringing key tenants with him to a Cleveland Energy-Aligned Leasing Program workshop, the property owner is finalizing both the building’s first ever energy-aligned lease (also known as a green lease) and LED lighting retrofits in multiple tenant spaces.

We also noticed during our interactions that smaller companies naturally use a more personal touch to landlord-tenant collaboration, resulting in some innovation that’s not often seen from publicly-traded firms. Cleveland-area real estate firm NEO Realty Group (a 2015 Green Lease Leader) and an American Cancer Society (ACS) Discovery Shop worked together in the middle of a lease to identify energy-saving building improvements and a renewal lease structure that would allow both parties to benefit from the investment. While a smaller organizational chart may mean fewer resources dedicated to seeking out energy efficiency projects, it also means fewer layers of hierarchy are required to approve any individual project.

The two sides developed a custom agreement that upgraded the building, reducing the ACS Discovery Shop’s lighting load by 70 percent and providing NEO Realty a 15 percent return on investment. In the first two years post-upgrade, The ACS Discovery Shop’s annual utility bills will be reduced by 43 percent, according to the results of the energy audit conducted by COSE. Those savings will be directed back into ACS’s mission to eliminate cancer.

As a culmination of technical guidance and case studies created over the course of this initiative, IMT and COSE are releasing “Making Efficiency Work for You: A Guide for Empowering Landlords and Tenants to Collaborate on Saving Energy & Resources,” a resource which presents replicable starting points that others in the commercial real estate industry can use in looking to establish other programs or complement current value propositions around sustainability for small businesses.

As last year’s Green Building Adoption Index shows, the largest buildings in the largest markets have already committed significant resources to energy efficiency. The great opportunity is that more than 90 percent of the market is out there waiting to be engaged. The results from the Cleveland Energy-Aligned Leasing Program have shown that with the right support system in place, small and local businesses absolutely do find value in energy efficiency and will act to improve the performance of their buildings.

Moving ahead, COSE and IMT will collaborate with other local chambers of commerce to help small business landlords and tenants improve the energy efficiency of leased buildings. This work will be a part of the DOE Commercial Building Integration Program’s  $8.4 million investment to nationally scale up replicable, energy-efficient solutions for small and medium office buildings, apartments, stores, restaurants, and businesses. We look forward to further engagement in this underserved sector of commercial real estate so we can unlock even greater environmental and economic savings.

In the meantime, I hope that the next case study you read may just be about a small energy-efficient building in Ohio.

A version of this blog post appears in GreenBiz.com. 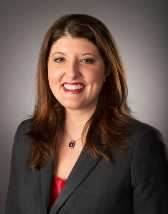