Energy Efficiency Is Ready for the Mainstream

As the U.S. housing market continues its slow climb out of the recession, investment in the nation’s existing housing inventory remains well below historical levels. However, recent studies have shown that households are notably increasing spending in one important area—energy efficiency.

An analysis from the Joint Center for Housing Studies of Harvard University found homeowner improvements of existing homes are the largest current market, accounting for almost two-thirds of housing industry spending. A major portion of this increase in spending reflects existing demand by consumers who want to make their homes more energy efficient.

Given that single-family homes account for about 22 percent of all U.S. energy consumption, the potential benefits from additional renovations are vast. For example, the study claims that bringing homes built before 1970 up to the efficiency levels of the newest stock would cut total residential energy use by 10 percent.

A 2012 survey by the National Association of Home Builders (NAHB) found that nine out of ten buyers said an ENERGY STAR rating for their home is “desirable or essential”—even if the home costs 2 to 3 percent more than a comparable home. This shows not only a knowledge on the consumer’s part of the energy efficiency savings, but that people have also come through a difficult economic period and are more conscious of the true cost of owning a home.

For newly constructed homes, ENERGY STAR is quickly growing in popularity. Twenty-one percent of new homes in 2012 had ENERGY STAR certificates, and there have been 1.4 million homes constructed since the start of the program.

So this rating has become very important—and increasingly more so—and we’re looking at the potential to go up to as much as 38 percent of the market by 2016. That delta is significant, as the rate of growth of that part of the market depends on newer financial products that remove the affordability barriers for middle-class and moderate-income buyers.

But despite these positive signs, homebuyers with more moderate incomes are usually unable to pay the upfront cost to achieve the ongoing, annual savings. In order for them to make these utility cost saving investments, these buyers require mortgage underwriting flexibilities that recognize the financial value of energy efficiency.

This is where an initiative like the Sensible Accounting to Value Energy (SAVE) Act could come into play. Last month, Senators Bennet (D-Colo.) and Isakson (R-Ga.) reintroduced legislation that would provide lenders and homebuyers with more flexible mortgage underwriting rules that would include a home’s expected energy cost savings when determining the value and affordability of the home.

The bill could help revitalize the hardest-hit parts of the economy by providing lower-rate mortgage financing for cost-effective energy improvements—which would also give homebuilders and construction workers needed additional business.

You might ask if these mortgage underwriting flexibilities are financially prudent; Home Energy Efficiency and Mortgage Risks, an IMT-funded study by the University of North Carolina, looked at more than 70,000 mortgages and found that mortgages on energy-efficient homes were 32 percent less likely to be in default. It showed the lower risks associated with energy efficiency should be taken into consideration when underwriting mortgages and provided strong evidence that the SAVE Act would help protect lenders and taxpayers from the risk of default. This is highly significant for such a study, and should help convince mortgage investors and lenders of the soundness of such underwriting.

Major housing market stakeholders (Federal Housing Administration, Freddie Mac, and Fannie Mae) should evaluate underwriting policies and promote energy efficiency to their lending partners. As was mentioned in the UNC study, Congress could also ensure that energy costs are considered in the underwriting process during its deliberations of proposed legislation to improve underwriting accuracy.

Looking at these recent studies and surveys, we see a clear indicator of widespread market acceptance—that consumers want to be more energy efficient, and homebuilders and realtors are increasingly seeing the value in accounting for energy efficiency. It’s time for housing market stakeholders to give consumers the financial access to these benefits and help the housing market in the process. 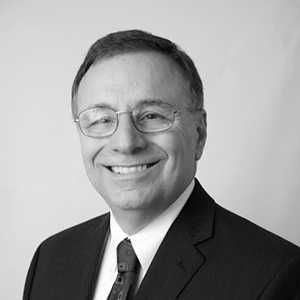