A Tale of Two Cities

The Skyscraper Museum got it right. Its 2009 exhibit, “Vertical Cities: Hong Kong and New York,” called these two cities – one my current home, one my hometown – the world’s “most similar skyscraper societies.” Left: The view from the window of my current home in Hong Kong
Right: The view of my hometown – New York City ©Eva Abreau

Both of these bustling international financial centers are known for their breathtaking skylines and deep natural harbors (and, of course, their restaurants). Both have experienced periods of explosive growth – mostly skyward – until they’ve become two of the most vertical and densely populated areas in the world.

According to the exhibit, many of the visionary ideas that New York architects proposed in the 1920s were put into place decades later in Hong Kong, such as elevated walkways, multilevel transit and mid-level escalators.

The exhibit pointed out that today, Hong Kong has surpassed New York City in several ways, including number of high-rises, population density, and modern, highly-efficient mass transit (including perhaps the most convenient Airport Express service in the world). Yet there is one area in which Hong Kong is lagging far behind – cutting the energy use and carbon emissions from buildings. Although a few new buildings in both cities boast impressive green credentials – Hong Kong, for example, unveiled its first zero carbon building last July – the key to cutting energy use and carbon emissions is to focus on existing buildings. By 2030, at least 85 percent of the buildings in NYC will be those buildings already here today. Even allowing for Hong Kong’s shorter life cycle for buildings, the existing building stock in 2030 is likely to account for over 80 percent of Hong Kong’s electricity consumption.

The good news is that throughout the world, the building sector has the greatest potential of any sector for reducing carbon emissions. Numerous studies show that investments to improve building energy performance can be very cost-effective and lead to significant energy savings.

However, a range of market barriers inhibit many building owners from making sensible investments, including lack of information, misaligned incentives for both owners and users, and lack of available capital. A comprehensive package of government policies, standards and incentives can go a long way towards overcoming these barriers.

Estimated economic mitigation potential by sector and region using technologies and practices expected to be available in 2030. These potential do not include non-technical options such as lifestyle changes. Source: IPCC, 2007a.

New York City recognizes that in order to reach its aggressive climate goals, it has to do more than improve new construction and renovations. Its new Greener, Greater Buildings Plan is an internationally recognized, industry-transforming package of measures that targets energy efficiency in the city’s largest existing buildings, which constitute half of its built square footage and 45 percent of citywide carbon emissions. For these buildings, NYC’s comprehensive package includes the following policies:

Benchmarking and disclosure requires all large building owners to regularly measure total energy use in their buildings using the EPA’s Portfolio Manager tool.  This allows the owner and others to compare one building to other buildings using a normalized efficiency metric.The city then makes the information available, just as property taxes are made available, to prospective tenants, lenders and the public. Benchmarking and transparency are the cornerstones of an effective energy efficiency policy.

New York City estimates that over 10 years these laws will reduce greenhouse gas emissions by almost five percent, have a net savings of $7 billion, and create roughly 17,800 construction-related jobs.

Hong Kong’s new Building Energy Efficiency Ordinance, like similar efforts in many jurisdictions, focuses primarily on new buildings and renovations. While these efforts are essential, much more needs to be done to address the ongoing inefficiencies in the massive quantity of existing buildings, which will persist for decades unless addressed. The Ordinance does require Hong Kong’s existing commercial buildings to conduct an energy audit every ten years. There is widespread agreement among experts, however, that the audit requirements are not stringent enough.

The Hong Kong Green Building Council recognizes that a comprehensive package of government policies, standards and incentives is required in order to capture the vast potential for energy efficiency in Hong Kong’s built environment. The HKGBC estimates that aggressive yet achievable measures could cut building energy use by 30 percent by 2030 compared to 2005 levels, which is equivalent to a 60 percent reduction in electricity consumption when compared to a business-as-usual scenario.

A mandatory energy benchmarking and disclosure scheme could be the most effective next step in targeting energy use in Hong Kong’s largest commercial buildings. The Hong Kong Green Building Council has begun to develop its own whole commercial building benchmarking tool, but it will not be mandatory, nor will it require owners to disclose benchmarking results to prospective tenants, lenders or the public. These features are an essential part of any benchmarking scheme in order to have real impact.

Many other cities, including Shanghai, are interested in following New York City’s example of adopting a comprehensive plan to slash energy use in existing commercial buildings. Six out of Business Week’s Top Ten Best Cities have already implemented or are considering energy benchmarking laws at a minimum.

Hong Kong’s new leadership has the opportunity to race ahead and take the lead in this area, just as it did with its world-class mass transit system. Even though I am a native New Yorker, I hope it does so. This is one race that everyone can win.

This article first appeared on Switchboard, the staff blog of the Natural Resources Defense Council. It was cross-posted with permission. 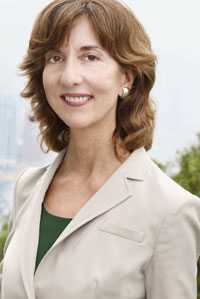