How the U.S. Military is Tapping Into Energy Efficiency

Of the many benefits that come with energy efficiency, one that’s high on the list is energy security –spanning from reducing operational risk to achieving national energy independence. And as the largest user of energy on the planet, the U.S. military is putting a lot of effort into deploying energy efficiency solutions in every facet of its operations.

The military tries to adhere to a strategic agenda, based in practicality, in the pursuit of peak function. At the core of the armed forces are tactical practices and organization-wide protocols to optimize performance and make each branch competitive, organized, and efficient. True to theme, the military sees energy efficiency as an imperative for increasing performance and decreasing risks for its bases and operations. For example, the less energy a base or operation consumes, the lower the need for convoys to transport fuel through dangerous terrains, putting lives at risk.

Beyond combat advantages and foreign base operations, energy efficiency is also seen as one of the best ways to increase energy security at home in the U.S. According to the current Secretary of Navy Energy Goals, the performance of the branch’s buildings is a top priority.  For example, at the third largest U.S. Naval installation in the world (the Naval Support Activity Crane), located in Indiana, energy efficiency efforts within the energy management program “change the way we do business and contribute to a more energy-secure Navy,” said Brent Storey, the energy manager of Crane’s Public Works Department, playing a part in “saving millions of taxpayer dollars each year…[with] energy efficiency projects and system upgrades.”

And it’s not just the Navy that’s working on improving the energy performance of its buildings: the Army’s Energy Security Implementation Strategy calls for increased efficiency across all facilities; the Marine Corps established an Expeditionary Energy Office to make its systems more efficient; and the vision of the enacted Air Force Energy Plan is to make energy a consideration in everything the military branch does.

Another example of how the military is tapping into energy efficiency is the comfortable and affordable housing it provides to active and veteran members and their families. For example, Fort Bliss, an Army post in El Paso, Texas, is the largest community of Emerald-certified (the highest National Green Building Certification) family housing at 250 homes.

“[The] homes’ efficient systems and community-wide rooftop solar offsets 75 percent of the energy needs of the home. Installed systems that significantly contribute to this near-net zero home include a hybrid electric water heater and heat pump, enhanced HVAC systems, and wall and attic insulation,” said Hayley King, sustainability director at Balfour Beatty Investments, which manages the housing complex. “Quality of life is an upmost concern of the Army, [so] spending less on energy expenses means the community has more to spend on shared services and amenities, keeping residents satisfied.”

The armed forces serve to protect our country, so why not think of our buildings’ energy costs in this way–as entities in need of protection? Can the military’s efforts to reduce risk and operating costs be replicated and relatable to our daily and professional lives? After all, we are each in charge of an energy-using operation at some scale, from living in a home to managing an office – utilizing energy efficiency can help us reach the goal of national energy security while saving you pretty penny along the way. 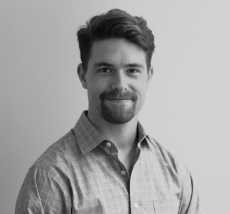