2013 looks like it will be a banner year for building energy benchmarking and disclosure policies. With Philadelphia’s policy adoption closing out 2012 on a high note, Minneapolis got us started strong in January of 2013—becoming  the seventh U.S. city, and the first in the Midwest, to pass a policy requiring transparency of energy performance in large commercial buildings.

In March, Mayor Menino introduced a bill that would create similar requirements for buildings in the city of Boston, and a handful of other cities and counties are also in the process of developing energy transparency policies.

One of the most exciting things to come out of all this benchmarking is an overwhelming wealth of information. In September of last year, New York City issued its first report analyzing the bounty of new data that had been pouring in from buildings reporting energy use under the new law. And they found some pretty astounding things. Some of the highlights:

• The most energy intensive multifamily buildings used 4.4 times the energy per square foot as the least intensive – that’s a difference of 440 percent – indicating tremendous potential to save energy (and money) among the lowest performers.
• The oldest office buildings are often the most efficient.  The skyscrapers built prior to the crash of 1929 use 40 percent less energy per square foot than the newer office buildings, with each 20-year period using, on average, more energy than the last.
• There is a strong correlation between asthma-related emergency room visit rates and average neighborhood building energy intensity (in multifamily buildings).

As with any new and innovative program, benchmarking and disclosure policies don’t come backed by a large body of research – a point recently made in a report commissioned by the Greater Boston Real Estate Board in response to Boston’s proposed bill. But, as the NYC analysis shows, we are undoubtedly starting to see some remarkable results.

The next few years will bring a trove of new benchmarking data that will help cities make their policies even smarter and more cost-effective. With the policies’ rise, there has been an increase in looking more closely at the potential and actual benefits of benchmarking and disclosure policies. In 2012 alone, several bodies and institutions took on this question, and found the benefits significant.

A 2012 report by the Georgia Tech Ivan Allen College School of Public Policy found that energy benchmarking in commercial properties could reduce national energy consumption by 5.6 percent in 2035. Another 2012 report, commissioned by the California Public Utilities Commission, found that benchmarking was highly correlated with building energy improvements and management actions, and was a strong catalyst for customer participation in utility rebate and incentive programs.

What’s even better about the benefits of energy benchmarking is that they come with very little cost to building owners. All of the existing U.S. benchmarking and disclosure policies call for use of the EPA’s Portfolio Manager, a free online tool. Many owners and managers benchmark their buildings for a cost of nothing, except time. And should a building owner decide to take steps to improve energy performance, there’s more good news.

A FirstFuel analysis of medium- and large-scale commercial buildings concluded that half of all energy efficiency savings can be achieved through operational improvements at little or no cost to building owners. And a 2011 Lawrence Berkeley National Laboratory analysis of existing commercial buildings found that retro-commissioning, or conducting a building systems ‘tune-up’, revealed energy-savings opportunities around 16 percent (median) with payback times of just over one year.

In my experience working with city staff, cities like Minneapolis and Philadelphia are excited about these policies both for the potential energy savings and for the opportunity to be so much better informed about their building stock. They know they will be able to answer questions that right now they don’t even know to ask; they will be smarter, and better equipped to meet future energy demands and challenges.

All of this exemplifies the kind of knowledge and power that energy benchmarking brings – to the individual, to the market, and to forward-looking cities aiming for a sustainable horizon. 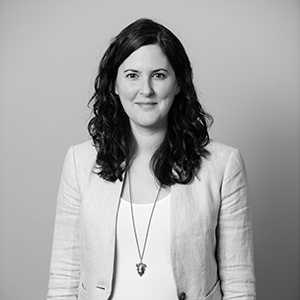