Last week, ENERGY STAR’s Portfolio Manager team released a new addition to its “DataTrends” series that captures trends and observations from 16 specific building types such as hospitals, offices, and courthouses that are tracking and reporting their energy usage with the tool. These new studies contain a trove of interesting data to explore such as the average ENERGY STAR score across the buildings, the number of properties benchmarked by state, and statistics on characteristics that affect building Energy Use Intensity (EUI).

The Office Building section in particular has some strong implications for the growing number of energy benchmarking ordinances across the U.S. For example, out of the 60,848 office properties currently benchmarking with Portfolio Manager, the average ENERGY STAR score is 63, which is 13 points above the national average and one of the highest in the Datatrends group. There are also signs of a positive correlation between Source EUI and weekly office operating hours, workers per 1,000 sq ft, and cooling degree days independently. This supports the argument that although Source EUI is a good basic comparison between two buildings of the same use type, there are many additional factors that contribute to the energy use of a building and no one factor will give the entire story.

Two buildings that have the same occupancy levels can still have very different EUIs due to each building’s number of computers, local weather conditions, or operating hours. The DataTrends study for offices found that the median office reporting through Portfolio Manager is about 63,000 sq ft and operates for 60 hours per week. In addition to office buildings, an average score is reported for all 16 sectors, the highest being 68 for Residence Halls and Dormitories, and the lowest being 41 for Medical Office Buildings. This disparity in ENERGY STAR scores could be due to the fact that Medical Offices typically utilize very energy-intensive machinery with long operating hours while Residence Halls and Dormitories contain fewer pieces of equipment and have more variable operating hours. The report contains maps for each sector showing states and the range of number of properties that reported.  Fifteen states showed 1,500 or more properties reporting, including the eight states (excluding the District of Columbia) that have existing city-level benchmarking policies.

This group of studies complements the original DataTrends studies released by ENERGY STAR in 2012, which also analyzed all of the properties across the U.S. using Portfolio Manager.   “Benchmarking and Energy Savings” was the first national study of benchmarked buildings of its kind, and it looked across multiple years of data to capture the energy savings that properties had experienced after utilizing Portfolio Manager to benchmark. It showed properties that benchmarked through Portfolio Manager saved an average of 2.4 percent on energy usage each year, which amounted to a 7 percent savings over the three years of the study.

Another interesting observation was that the largest single-use properties that benchmarked after office buildings were K-12 Schools, followed by retail and then banks and financial institutions. 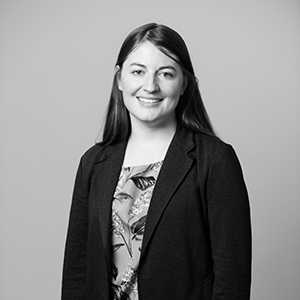