After much debate, the International Code Council (ICC) is scheduled to release the 2021 International Energy Conservation Code (IECC) prior to the end of the year. While there is good news to be celebrated with its release, the process for creating increasingly efficient future codes now faces tremendous threats.

The new IECC is the most energy efficient model code to date. Expected to achieve between 8% -14% savings over the 2018 version, it includes appendices in both the Residential and Commercial versions that provide a pathway to net-zero new construction. In conjunction with the publication of the new code, the Energy-Efficient Codes Coalition (EECC) has updated its Building Energy Code Savings calculator, which allows individual jurisdictions to see just how much the new code would benefit them, as compared to the version they currently have in place.

In addition to resulting in the most energy efficient code to date, the 2021 IECC online voting process garnered the highest participation levels of any previous I-code. Many key efficiency proposals received over 1,000 votes in their favor, when proposals in previous code cycles typically only received between 200 and 300 votes total. This code would not have been possible without the participation of the code officials, sustainability officers, and other public officials who took the time to learn about the proposals and make their voices heard.

While there is much to celebrate in the new code, events over the last few months suggest that repeating this success in the future may be much more difficult. After the ICC certified the results of the code development process in April 2020, multiple appeals were filed, seeking the removal of more than 20 proposals, despite the fact that voters had resoundingly endorsed them. The appellants cited concerns over preemption, scope and intent, and voting and cost issues.

The appellants were ultimately successful in the removal of five proposals relating to water heating equipment, and electric- and EV-ready provisions invalidating nearly 4,000 votes in total.

During the appeals process, proponents pushing for the removal of the voter-approved proposals suggested that many governmental officials throughout the country were not sufficiently knowledgeable of the issues to cast votes. Contrary to this assertion, local governments are in the best position to understand and advocate for the priorities of their local industries and communities, as the topics covered by the overturned proposals already appear in many local laws and ordinances.

Even more concerning, however, is the fact that the same appellants are now pushing to change the process by which future versions of the code are developed, removing governmental members as the final decision makers on the content of the code. If successful, what is now the IECC would be decided not by voters representing the cities and counties that adopt and use the code, but instead by a committee whose composition will be determined solely by the ICC.

A critical juncture ahead

The ICC says that its code development process is open, transparent, and represents a balance of interest, leaving “the final determination of code provisions in the hands of public safety officials”. Indeed, the bottom-up model of governmental stakeholder participation is a huge component of what has made it widely adopted. If the ICC jettisons the democratic process, the IECC will lose the qualities that have made it a trustworthy and uniform code. Leading cities and states are already adopting progressive measures on their own; changing the IECC to a standard would drive them to reject the IECC completely and leave the majority of jurisdictions in the country without a ready-to-adopt code that provides reliable, large-scale savings.

ICC is acting on this issue quickly, and has not sought feedback from those who would be most affected by this change. Contact ICC CEO Dominic Sims and the ICC Board of Directors immediately and let them know that removing the democratic process from the determination of the energy code is not acceptable, and is not the right move for energy efficiency.

The ICC has announced that it will be accepting written and verbal testimony for a meeting the week of January 18, 2021. All written comments and requests to participate must be submitted by January 11, 2021. 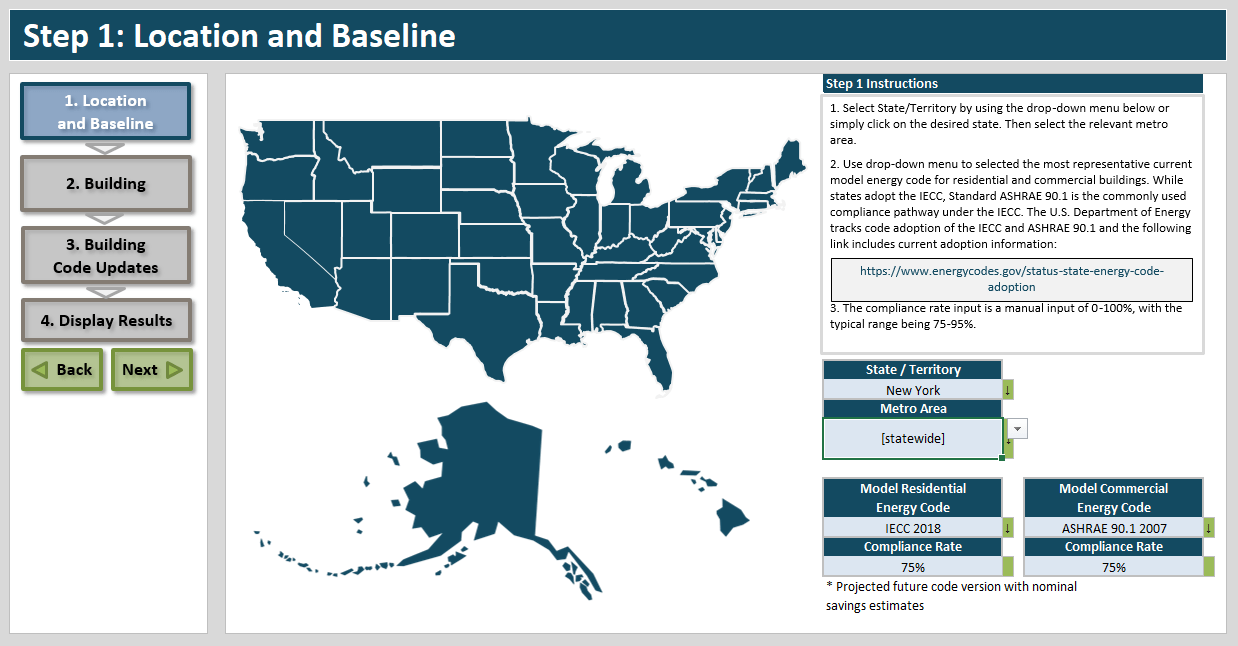 This updated 2020 calculator is a tool for cities & states to estimate the energy and carbon savings of updating energy codes.

Elevating the Energy Code: Why You Should Care

In the first part of this two-part series, we will discuss EECC’s near-term goals in its new home at IMT, and its role in the current socio-economic environment.

Elevating the Energy Code, Part II: Where We Need to Go

The history of modern building codes has largely been reactionary. With climate change upon us, we need to build codes for the future.

The Institute for Market Transformation (IMT) assumes leadership of the Energy-Efficient Codes Coalition, a group committed to net-zero construction by 2050.