A Map to Planning Retrofits in Multifamily Buildings

For owners of multifamily properties, stubborn barriers include finding financing opportunities that reward owners for improving performance. One idea to tackle that problem is to integrate building energy performance into bank underwriting, which could get the attention of reluctant owners by assigning value to green features.

The nation’s largest multifamily underwriter, Fannie Mae, has recently undertaken such an effort, launching its Green Refinance Plus Program. Under the program—which closed its first deal in April 2012—eligible buildings coming up for refinance will be able to stretch traditional lending ratios to encourage green renovations. What this means for applicants is that traditional  Loan to Value (LTV) requirements can be  pushed upward from 80% to 85% of asset value. Buildings have to be greater than 10 years old and meet Fannie Mae multifamily affordable housing income and rent restrictions.

Under the program, debt service coverage ratios (DSCR), which represent a ratio of a building’s annual cash flow to what it owes the bank, can also be lowered to 1.15 from standard 1.20 requirements. Thus a building’s cash flow can be as low as $1.15 for every dollar it owes on its mortgage, instead of $1.20. For borrowers, five percent of refinance loan proceeds must be applied to property renovation or energy retrofit.

Aside from tying green features into refinance in multifamily space, the program’s greatest innovation may be how it also requires owners to measure and track energy use over the loan term. For participants in the program, Fannie Mae requires an energy audit and ongoing reporting on performance in Energy Star’s Portfolio Manager.

A traditional PNA assesses expected capital costs that will be required during the mortgage term, such as new windows or HVAC equipment, allowing the owner to plan for future expenses and assuring lenders that adequate reserves will be on hand to pay for the improvements.

The GPNA goes a step further, by integrating efficiency measures into the traditional PNA structure. Although it is not required by Fannie Mae, some GPNA contractors integrate an ASHRAE Level II energy audit within the structure of their GPNA product. For each building component the owner is expected to replace during the mortgage term, the GPNA presents multiple products to the owner, including conventional and green options. Where green options require additional investment, GPNA reports present the additional cost, but also project payback on the investment with a variety of metrics. These differ by GPNA contractor but may include simple payback, return on investment (ROI), and net present value for energy and water savings.

As a tool, the GPNA is exciting because it puts building performance into a format that building owners and asset managers understand. For owners accustomed to using a PNA to plan improvements, the green variant provides a trusted format that doubles as a roadmap to achieve higher performance and cost savings.

And while building owners will always be able to fund retrofits during refinance or through third-party companies, the GPNA’s innovation is that it empowers owners to strategically plan for performance over the life of their buildings–when they’re already coming out of pocket for big improvements. In my next blog, I’ll delve further into the details of the GPNA and the potential it offers for building owners.

March 13, 2013: The original blog post has been corrected to indicate that the first Green Refinance Plus deal was completed in April instead of August 2012, and Portfolio Manager was misidentified as a program of DOE instead of Energy Star. Additionally, while ASHRAE Level II audits are incorporated into many GPNA products by third party contractors, ASHRAE Level II audits are not a requirement under Fannie Mae’s GPNA requirements. We regret the errors. 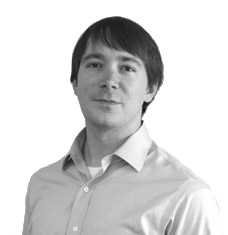